Save the Diocese of Steubenville

The Diocese of Steubenville has been the spiritual mother for Catholics and an important part of the community at large along the eastern and southeastern edge of Ohio for nearly eight decades. We wish to see that continue and even flourish.

This site will share information, analysis, letters to send to bishops in the Church, updates from other outlets,  plus other important information. Prayer to the Immaculate Heart of Mary, Patroness of the Diocese of Steubenville

Immaculate Heart of Mary, my Mother and patroness of the Diocese of Steubenville, I come to you in childlike prayer. I earnestly desire that all the people of our Diocese may be brought back to the humble knowledge and love of the Sacred Heart of your dear Son. I pray, dear Mother of my God, that the wonderful beauty and purity of your own Immaculate Heart may so win our souls that we may detest all sin and dedicate our lives to the honor and glory of the God who created us.

You revealed the secrets of your own heart at Fatima and begged for penance, prayer, and conversion of the world to God. What more can I do than unite my heart to yours in this great yearning? What can I add but the fervent prayer that all the world may listen to your pleading?

I give my heart to you, my heavenly Queen, and in confidence I leave to you what is best for me, and for the Diocese of Steubenville, in answer to my prayer for love and reparation.

Immaculate Heart of the Mother of my God, I implore through your powerful intercession, the preservation of our Diocese of Steubenville, the conversion of the hearts of men, complete victory over sin, and the return of the peace which you have promised. Amen

The beginning of the process took place more than one year ago, according to Bishop Monforton, when the bishops of Ohio voted to recommend that the Diocese of Steubenville be suppressed.

This announcement was a shock to those assembled, as no one within the Diocese was consulted—not the presbyteral council, no one in the chancery, and no one among the laity.

How this issue was raised among those bishops, who presented what arguments for or against, and how each of the six bishops voted is unknown.

In the days following that October 10 meeting with diocesan clergy and staff, Bishop Monforton granted a series of interviews to local media and national Catholic news outlets in which he discussed the rationale for the action. He laid out a number of reasons for the action.

Many, however, believe the reasons given fall well short of justifying such a dramatic, severe, and final action as the suppression of the Diocese, our spiritual mother.

What We Will Provide

In posts on this site, we will look at the reasons given by His Excellency, and we will present the available information regarding that claim. We believe the information available will show that this action is unnecessary and uncalled for.

We also will provide sample and template letters to send to the relevant bishops of Ohio, at the USCCB, and the Pope’s representative, the Papal Nuncio.

"As I am honored to be your shepherd, as well as fellow Christian, together let us embark into a challenging world with the joy of the Gospel and eternal hope in Jesus Christ."

Articles publishes elsewhere about the potential merger of Steubenville into Columbus.

In this section we will share blog posts looking at the arguments given by Bishop Monforton, with our analysis of the claim, according to the available evidence.

“All Options” and an Audit for Diocese of Steubenville

Bishop Monforton has launched an audit, and has said he will consider all options about the future of the Diocese of Steubenville.

I was accused of agitating for merging part of the Diocese of Steubenville with Youngstown rather than Columbus. I review my writings and respond. 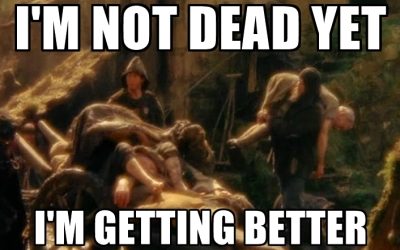 We will email you with any updates about the situation, including when a letter is posted that you may wish to send to bishops, when we post an article about the matter, or when other outlets post articles. Your information will not be used for any other purpose, nor will it be shared with anyone for any purpose.